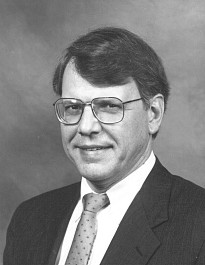 A native of Paterson, NJ and the son and grandson of pastors in the Christian Reformed Church, James Allan De Jong graduated from Calvin College (1963), Calvin Theological Seminary (1966), and earned a Th.D. from the Free University of Amsterdam in 1970. He was ordained in 1970 and taught at Trinity Christian College, Palos Heights, IL and later Dordt College, Sioux Center, IA. An author and editor, he specializes in church history, particularly the history of Reformed theology and the history of missions.

De Jong's presidency spanned a period in the denomination's history filled with diversity. Issues such as academic freedom among seminary faculty, debate about denomination's place amid a rapidly changing social environment and the role of women in the church have polarized the denomination. During his tenure, De Jong focused on theology, stressing commonality and being open to difference, while training students in the fundamentals of Calvinistic Protestantism. During his presidency the seminary building was enlarged and remodeled, a Ph.D. program was added to the curriculum, student housing facilities were acquired, and a student center was constructed.

De Jong married Lois De Kock, who holds an M.A. and has taught in elementary schools as well as in the Education Department of Calvin College. They have three children, Kurtis James, Kristin Joann, and Kyle Peter.